The City of Yakima currently has one full time Animal Control Officer on staff who responds to animal-related calls within the city limits of Yakima only.

For animal-related calls located outside of the city limits of Yakima, contact the Yakima County Sheriff Department non-emergency number at (509) 574-2500 or the local jurisdiction. 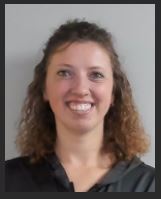 All animals picked up by Animal Control Officers are taken to the Yakima Humane Society of Central Washington. The Humane Society is located at 2405 W. Birchfield Rd. near the intersection of WA-24 E / Nob Hill Blvd. and S. 24th Street, just east of the Yakima Area Arboretum in Sherman Park. Please contact them for their business hours of operation at (509) 457-6854.

For barking dog complaints, the Animal Control Officer can charge the dog owner with the violation if 3 complaints are received during a 6 month period. On the 3rd complaint, a Declaration of Probable Cause must be completed by the complaining party, and the original signed form returned to the 2nd floor of City Hall, before any charges can be filed in court.