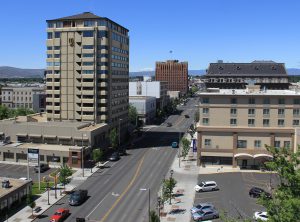 In 2016, the Yakima City Council started a series of actions to address equitable distribution of resources throughout the City of Yakima related to social, racial and economic benefits. These actions, to date, include launching two exploratory committees: (1) Community Integration; and (2) Ethics & Equal Rights. In addition, the City Council directed the preparation of an Equity Analysis Study.

To support the study, data has been collected to illustrate the distribution of resources and investments in the seven existing City council Districts. This information is still in a draft form and is presented as an introduction to the issues at hand. The items displayed in this study represent information that can be measured and create benchmarks for comparative purposes in the future. The following pages represent a large cache of data from a variety of sources including the US Census Bureau, Washington State Office of Financial Management, Yakima County Assessor, and City of Yakima to name a few. We are able to show much of this data graphically using a sophisticated GIS program. The maps are interactive and allow the user to zoom in/out to specific council districts.

In 2015, to replace the previous at-large electoral system, the City of Yakima was divided into seven new Council Districts in which the Council member must reside and only voters inside that District may vote. The boundaries of two of the new City Council Districts (District 1 and 2) were specifically identified by the American Civil Liberties Union (ACLU) to create voting areas that were of a Latino majority. The Equity Analysis will provide data that will assist in analyzing and allocating resources to the entire City.