A Brief History of Y-PAC 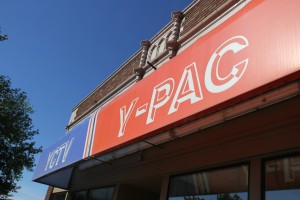 Y-PAC was founded in 1993 as a “window into government”. Y-PAC is similar in many ways to C-SPAN channels which air sessions of the U.S. House of Representatives and the U.S. Senate as well as other public affairs events. Y-PAC airs city council meetings (Yakima, Selah & Union Gap), speeches by notable people, interviews with elected officials, local issues panel discussions, and many other public affairs events.

Y-PAC programming is unique in that it is “gavel-to-gavel” coverage. Viewers can watch an entire city council meeting, an entire speech, or an entire interview from start to finish. Y-PAC adheres to a strict no-editing policy. The principle behind the no-editing policy is that Y-PAC viewers can, in effect, attend a city council meeting, listen to a notable speaker, or be part of an important public forum without actually having to be present. Y-PAC puts viewers “in the room” so that viewers themselves can interpret a speaker’s message, a forum’s focus, or an elected official’s comments.

Y-PAC is operated by the City of Yakima’s Community Relations office and is an important element of the City’s ongoing effort to improve communications among and between local government and the general public. No tax dollars are used to provide
Y-PAC services. Y-PAC is provided as a public service by Yakima’s cable TV operator, Charter Communications, and is funded by a “franchise fee” paid to the City by Charter. The “franchise fee” is another form of compensation, similar to rent or lease payments, paid by Charter for use of local public rights-of-way.

Since its founding more than two decades ago, Y-PAC has become a trusted source of important information. Whether it’s a public hearing on stormwater regulations, a forum about land use issues, or Y-PAC’s signature live election night coverage, viewers know that Y-PAC programming is un-biased and un-edited. Y-PAC is, “The Yakima Valley’s Channel of Record.”