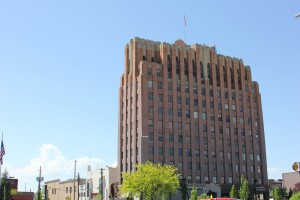 In early April 2013, the Yakima City Council approved contracts to begin working with two professional consultants to research and prepare a “City of Yakima Downtown Master Plan”.  The Downtown Plan will include the following elements:

The consultant team includes of Crandall Arambula of Portland, Oregon and Thomas Consulting of Vancouver BC.  The project began with a series of meetings and a public workshop on May 9th and May 10th, 2013. The consultant team was seeking feedback on downtown issues  directly from the community, downtown business owners, property owners and city representatives.

The highlight of the visit was a public session on the evening of Thursday May 9th at the Howard Johnson’s Hotel on 9th Street and Yakima Avenue. The session will began at 6:30 p.m. and lasted approximately two hours. Following an initial presentation by our consulting team, there was the opportunity to submit ideas. Approximately 200 people attended the meeting.  In addition to the evening public session, a series of seven one hour small group sessions were held with our consultant team to receive specialized information topics.

The Council Economic Development Committee members (Coffey, Bristol and Lover) will serve as Council representatives on the steering committee. The second Public Workshop will be held in late June of 2013. The Downtown Plan is intended to be complete in late fall of 2013. For information about the project, contact Sean Hawkins, Economic Development Manager  575-6274 or Joan Davenport, Strategic Projects Manager 576-6417.

Looking for places to visit, stay, or eat downtown?